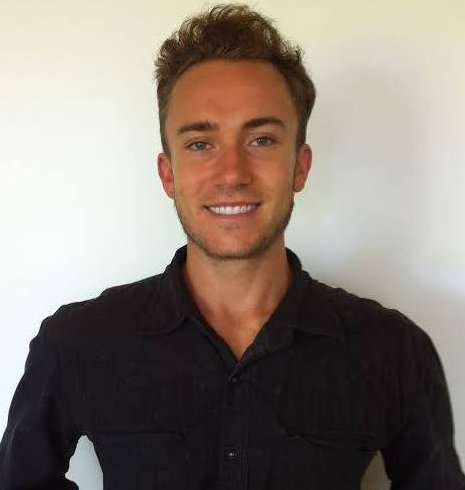 As part of my journey into self development and adventure, and as a result of the passive income that I have been able to create through self-publishing, when the corona virus hit and started really taking full swing, I decided to get out of dodge while I still had the chance, and to bounce all together from the USA.

I looked up a list of countries that still had their borders open to US citizens, and Mexico was right there on the list. Cheap, beautiful, affordable, and with a culture that seemed rugged and wild and free, me and my friend decided to venture on down there.

As part of a great passion of mine, we are in an electronic rap music group, and we decided that there was no better way to celebrate our new found sense of freedom than to shoot a cool music video while we were in Mexico. Should be easy enough right?! How little did we know!!

After meeting with the videographer who was to shoot the music video, he hooked us up with his audio engineering friend who had a music studio we could return in… a makeshift music studio in his family’s house, that is!  And little did we know, but this dude’s house was in the other state across from the state we were in entirely… and would therefore require us to cross the border…

As it turns out, normally this would be no big deal, but as a result of the “corona virus” there were new border regulations that had been put into place, and apparently, US citizens were not allowed to cross the border… only Mexican citizens. And little did we know that as we crossed the border, the National Guard in Mexico, also called the Boom, was there ready and waiting to stop any car they thought to be suspicious… and low and behold, they stopped our car!

Suddenly we were signaled to pull our car over from the road, as 3 police officers with huge AK 47’s stopped us, pointed their guns at us, and made us get out of the car! They searched us, made us give them our ID’s, and held huge weapons pointing towards us. They told us that there was no legitimate reason for us to be crossing into the other state, and that, if it were up to them, they would literally deport us right then and there! They told us to get back in our car, to drive back to the state we were just in (Jalisco) and to get a hotel, and then get on the first flight back that we possibly could.

After getting back in the car and being turned in the opposite direction of the music studio we were trying to go to, needless to say, we were pretty terrified and thrown off from that experience.

I asked my videographer friend what we should do, and how we were going to have to obviously come up with a different plan, since this clearly wasn’t an option. OR was it? My friend replied with words that I will never forget, “well homie, how bad do you want this??”  At which point, I thought long and hard about it, and decided right then and there that there was absolutely no way that I was NOT shooting this music video in Mexico, and to shoot this music video, I obviously had to have the track itself recorded…. So I said to myself, “fuck it”, and we decided right then and there to SNEAK back into the other state, and travel illegally across the border!!!

After traveling through the most random, undeveloped, overgrown, back country road, with animals, horses, rivers, and swamps, we made it across the border, snuck in, and made it to our homie’s music studio.  Recording the track was yet another adventure into itself.

After all of that was said and done, WE HAD OUR TRACK, and it was so fucking sick! We then snuck BACK into the state we were told to get a hotel in and then catch a flight from, and were able to proceed with shooting our music video, which I’m sure we’ll share with you guys soon.

We literally risked being deported from Mexico to record a track in a music studio and shoot a sick music video! All of this was possible because of only one thing, and that is the lifestyle and passive income that I was able to create thanks to self-publishing!

And all of this is now possible for you as a result of what you will learn through our Self Publisher Success Portal, and through our coaching, course, and content.

I can’t’ wait to hear your stories of what kind of lifestyle that YOU are able to create as a result of your success with self publishing. See you on the other side!

By the way, if you want some personal help getting ahead of the learning curve, I am offering my 1 hour coaching sessions where I will consult with you for an hour on how to best expand your publishing business at the discounted rate from $1,000 an hour to $500 an hour.

Typically, my rate is $1,000 for all non E-Writer Solutions customers/clients, but as a result of my partnership with Brandon, I am bringing all my coaching/consulting services to you guys at E-Writer Solutions at the discounted rate of $500 an hour, for a limited time.

If you are interested in focused 1-on-1 coaching to truly take your publishing business to the next level, I am the guy for you.  It’s important to note however, that I am ONLY interested in taking on those clients that are truly committed to succeeding, and who are serious about success.

If you want to set up a coaching session with me, contact me at my email at:  tyler@ewritersolutions.com.  I am already busy with current clients, so spots are limited and going fast, and I don’t know how long I will be able to keep this offer up. So take advantage while you still can.

Cheers to your future success,

Be in the spotlight!

To Apply To Be In The Publisher Spotlight E-Mail Us At Tyler@Ewritersolutions.Com

You Must Show Proof That Your Income From Self-Publishing Averages At Least $5000 A Month.